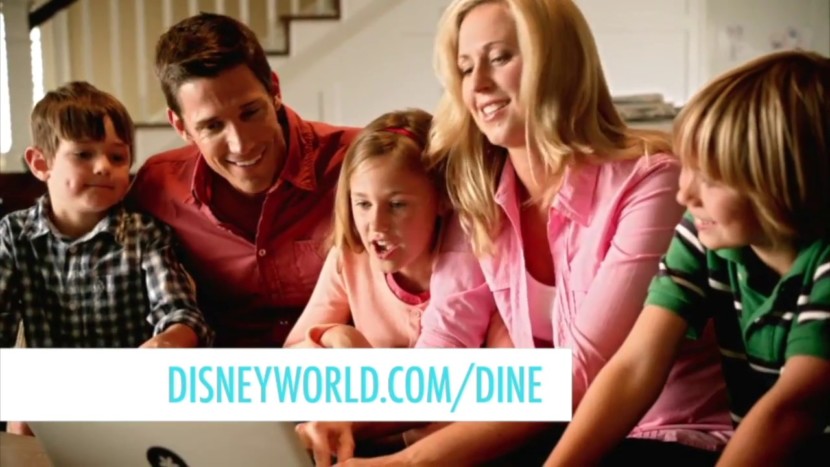 From meatloaf and mashed potatoes in a nostalgic ’50s-inspired eatery to a taste of Africa with wood-burning grills, Walt Disney World restaurants are taking “eatertainment” to new heights.

Looking for more than a meal? While many Disney restaurants add a touch of theming, here some of spots, where the cuisine and décor add up to a fun dining experience.

Be Our Guest Restaurant. In Fantasyland in the Magic Kingdom, the restaurant transports diners into the splendor, elegance and fairytale charm of Disney’s “Beauty and the Beast,” with a setting right out of the classic animated feature film: the magnificent castle of the Beast, where guests dine in three richly appointed rooms that bring the story to life. Food is French-inspired, with quick service for breakfast and lunch, table service for dinner.

Boma-Flavors of Africa. Wood-burning grills create sensational aromas from morning until night in this “marketplace” restaurant at Disney’s Animal Kingdom Lodge, with a half-dozen side-by-side cooking stations where curries, chutneys and other Indian and Asian influences add fabulous flavors to grilled fish, meats and vegetables on the African-inspired menu. Diners will find authentic soups, stews, tossed-to-order salads and other market-fresh fare, with cultural representatives from Africa serving as hosts and hostesses.

50’s Prime Time Cafe. The waiters holler for you to take your seat, and ask if you’ve washed your hands in this Disney’s Hollywood Studios restaurant. You’ll feel like you’re in a ’50s sitcom with Formica tables, pull-down lamps and knickknacks like grandma used to collect. Pot roast, chicken pot pie and meatloaf with mushroom gravy are standouts. And while the s’mores aren’t made over a campfire, they’ll take you back, nonetheless.

ESPN Club at Disney’s BoardWalk. The ultimate gathering spot for serious sports fans includes an interactive multimedia entertainment center, TV and radio broadcast facility, an arcade of interactive sporting games, and all-American favorites like burgers, wings, chili and barbecued pork. More than 100 TVs are in place throughout the restaurant — even the restrooms are equipped with TVs so you won’t miss out on your favorite sports action.

Cinderella’s Royal Table. There’s something really special about breakfast and lunch in Cinderella Castle in Magic Kingdom, with Cinderella and friends making the rounds to greet guests. And look for the Disney family coat of arms hanging over the lobby fireplace.

Liberty Tree Tavern. In Liberty Square in the Magic Kingdom just across the street from the iconic Hall of Presidents, a “Pilgrims’ Feast” is always on the menu, complete with dressing and cranberry sauce. Servers are dressed in Early American garb in surroundings reminiscent of Colonial Williamsburg. Dinner is an all-you-can-eat feast of turkey, pork, beef, mashed potatoes and other sides.

Coral Reef Restaurant. Located in The Seas with Nemo & Friends pavilion at Epcot, this is the only dining room in the world next to a 5.7-million-gallon aquarium. Diners are entertained by 5,000 inhabitants of the saltwater tank — barracuda, angelfish, sharks, dolphins, rays and even humans diving to feed the fish. The menu features fresh fish and shellfish — but none of the pavilion’s undersea inhabitants are on the menu.

Biergarten Restaurant. In the Germany pavilion at Epcot World Showcase, the Biergarten features an oompah band in dirndls and lederhosen, long tables for convivial dining and a dance floor for guests to get up and join the fun. The expansive buffet is authentic German, with bratwurst, knackwurst, frankfurters, roasted pork, pork schnitzel, sauerbraten, rotisserie chicken, spätzle, potato dumplings and more. Lunch and dinner daily.